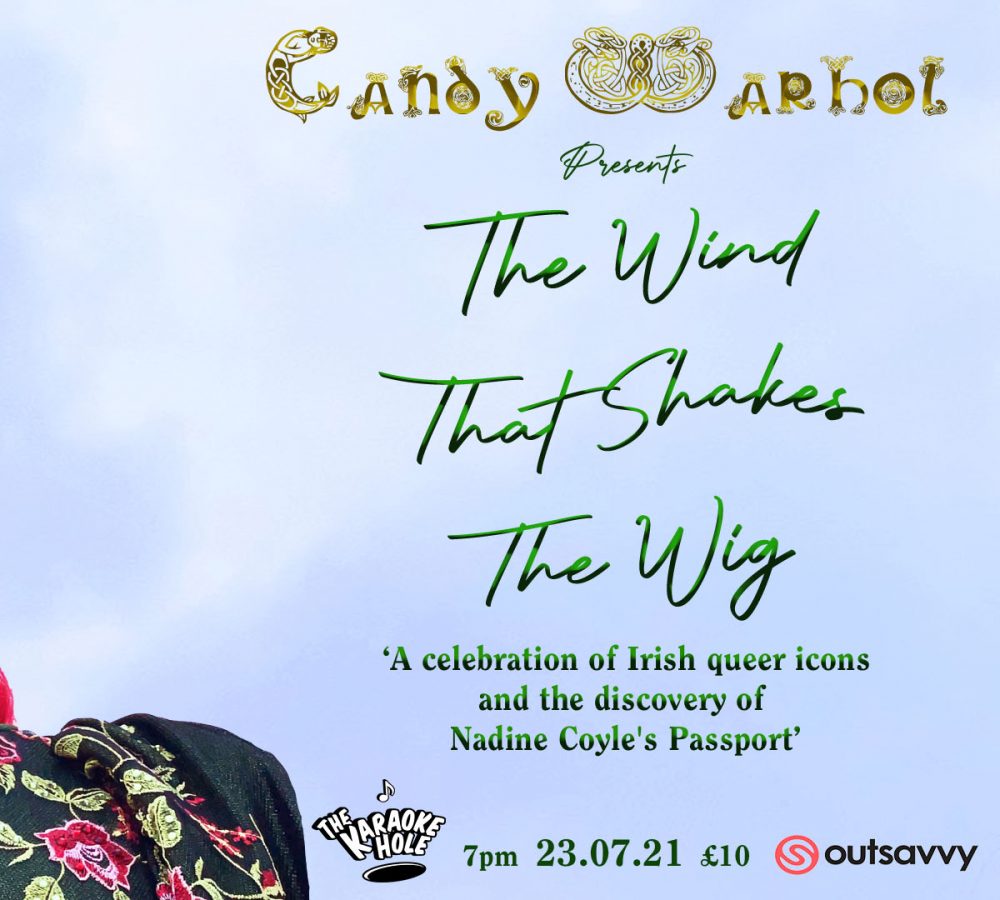 Join Irish drag royalty Candy Warhol as she ventures through the emerald isle on a queer crusade to champion the nation’s treasures and icons. From Linda Martin and Twink to Nadine Coyle and Teresa Mannion, ‘The Wind That Shakes The Wig’ is a love letter to Ireland’s pop culture pioneers and limelight lionhearts.

Joined by a troupe of special guest Irish drag performers including Ireland’s leading afab queen Maud Gonne Wrong and Jaye Mac (Glow Up Season 2 Runner Up), prepare for a night of missing passports and dogs, cancelled flights at Terminal 3 and enough Irish dancing to exhaust B*Witched and Riverdance.

Former child actress turned teen model turned drag queen, Candy Warhol is one of Ireland’s leading drag acts and a descendant of the legendary Danny La Rue. She is the host of Comedy Central’s Dragony Aunts, the No.1 Irish podcast Friends Of Dorothy and the producer and host of ‘Mockie Ah’ – Ireland’s biggest drag family! That’s a lot of hosting for someone who can’t accom.’
Doors 7pm
Show 8pm