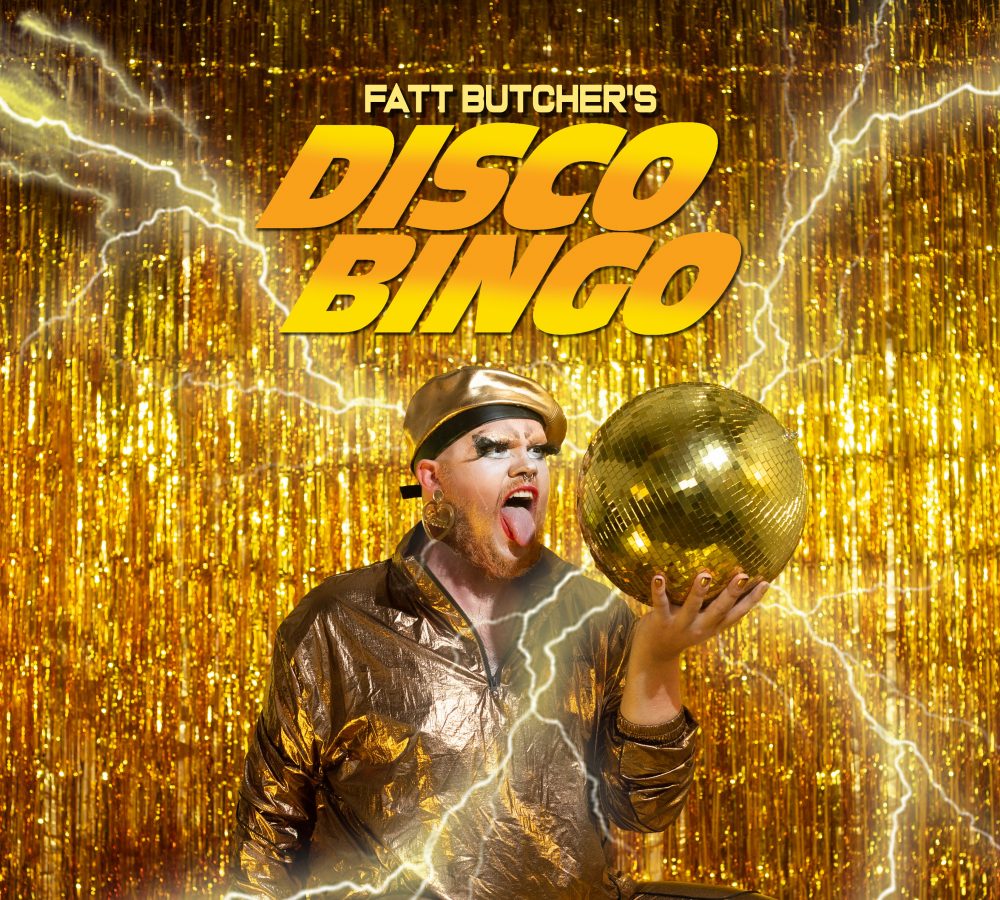 The Karaoke Hole is inviting our favourite cabaret and drag stars from the scene to join us for raucous evenings of comedy, song and queer performance arté this July!

Disco Bingo is the most outrageous disco-themed bingo on the market (and probably the only one too). This isn’t your ordinary bingo, Disco Bingo is a FULL ON PRODUCTION BABES.
Join Birmingham’s queen of [bingo] balls, Fatt Butcher for an unmissable night of powerhouse vocals, poppers, & prizes (including the Millennial Meat Raffle – suitable for vegans). Expect an unforgettable night of outrageous performance and wall to wall disco beats (for disco meats).

A critically acclaimed artist & winner of many awards, Fatt’s Butcher has been described by NME as ‘ramshackle’ and by trolls on twitter as ’the accelerating decline of humanity’ (accolades of which they are understandably proud). See you there babes!